Shoes is a limited edition release of ( x 3 ) NFT artworks

Neon Pothos. As someone who doesn’t put a lot of care into what shoes I wear on a daily basis, I still manage to work my way through an excessive number of pairs. Try as I might to patch holes or ignore soggy socks, the rate at which shoes and fast fashion work their way through in and out of my life can be alarming.

Atticus is a Sydney based animator with a penchant for naturalistic visuals and textural experimentation.

He’s worked on a variety of projects ranging from 3D projection mapping projects at Vivid Sydney, character animation in a long-form television series, video-game trailers and working with motion capture on short films.

A UTS Animation graduate (with honours), Atticus works as a technical animator at Plastic Wax, and loves any opportunity to explore the technical side of a project.

Between projects, he can be found pottering in the garden, taking close-up photos of flowers, or spending a little too much time grooming his moustache. 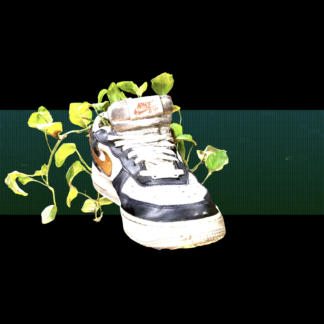